I love baking bread, both sourdough and normal yeast bread, and I also love experimenting, so after seeing lots of these No-Knead Sourdough Pumpkin Bread loaves on Pinterest and Instagram, I decided to make and bake one myself. This No-Knead Sourdough Pumpkin Bread is SO easy to bake, and looks stunning once baked. Made with my ‘Classic Sourdough Bread made Easy’ recipe, I have substituted some of the strong white bread flour for malted and seeded bread flour, which has pumpkin seeds in it and gives the sourdough pumpkin bread a lovely colour. Serve this with soups, stews, chilli, casseroles and hotpots, OR serve it warm with salted butter for breakfast; it goes wonderfully with boiled eggs. You can also serve this in the middle of the winter table with a cheeseboard.

four pieces of string, greased with butter or oil (about 24”/60cms)

2 to 3 hours before you want to start your sourdough bread, take the starter out of the fridge and feed it with 40g filtered water and 40g strong white bread flour. Mix well, cover with cling film (or a shower cap) and set to one side to start working. After 2 to 3 hours the starter should be frothy and light with lots of bubbles and it may be making a noise, as in singing! It’s now ready to use. Put the covered starter back in the fridge until it is needed next time you want to bake.

After an hour, uncover it and with your hands, bring the dough from the outside, and fold it into the middle. Do this about 15 to 20 times – I find it is easier if I rotate the bowl at the same time. Cover it and set to one side.

Do the folding and turning action two or three more times over the next few hours, by this time the dough will be smooth, elastic and sticky. I start this at about 3pm to 4pm and the dough is ready at about 8pm to 9pm.

Once the dough is smooth and elastic (see above) and it will have risen by now too, take a 22cm (9”) to 24cm (10”) banneton basket and dust it with rice flour. Do one more set of folding actions with the dough and then place the ball of dough into the floured banneton basket. Easing the dough up around the sides, sprinkle some more flour around it and then sprinkle some over the top of the dough. Cover with cling film/shower cap and set to one side in a cool place to prove overnight. (I use my pantry which is about 12 degrees C)

In the morning, the dough will have risen overnight and you will have a large, round ball of smooth dough that’s ready to bake. Pre-heat the oven to 230C/220C Fan/450F/425F Fan/Gas mark 8.

Lay the 4 pieces of string over the top of the banneton, in a star shape and place a round of grease-proof baking paper over the top.

Carefully invert the banneton upside down with the dough inside on to the work surface, so the rounded top of the dough is facing upwards and is sitting on the string and greaseproof paper underneath.

Bring each piece of string up into the middle of the dough and tie in a knot in the middle – you will have created 8 segments by doing this. Score the top of each segment with a lame or a razor blade, in chevron shapes.

Trim the string and carefully lift the dough into a cast iron casserole dish (Dutch oven) that has a lid. Or, you can use an enamel roasting tin with a lid.

Place the lid on the pot and bake in the pre-heated oven for 50 minutes to 1 hour until the bread is well-risen, golden brown and with a crisp crust. NB: if you want a darker crust, take the lid off and bake for a further 5 to 10 minutes.

Carefully turn the loaf out onto a wire cooling rack and allow to cool for 1 hour before cutting the string and gently pulling it away from the bread loaf, which will look like a pumpkin! Push a stick of cinnamon into the middle of the sourdough pumpkin loaf, for the stem.

Serve in segments, like bread rolls, or slice it to serve.

Before adding the dough to the banneton overnight, you can scatter in some seeds, such as pumpkin seeds, sesame seeds or poppy seeds for a seeded finish.

Make the bread with all white bread flour, 500g, if wanted.

Substitute the malted and seeded bread flour for wholemeal flour.

For a golden glow to the bread, add a heaped teaspoon of turmeric powder to the dough in step 2.

Replace 150ml of water with 150g pumpkin puree for a pumpkin bread. 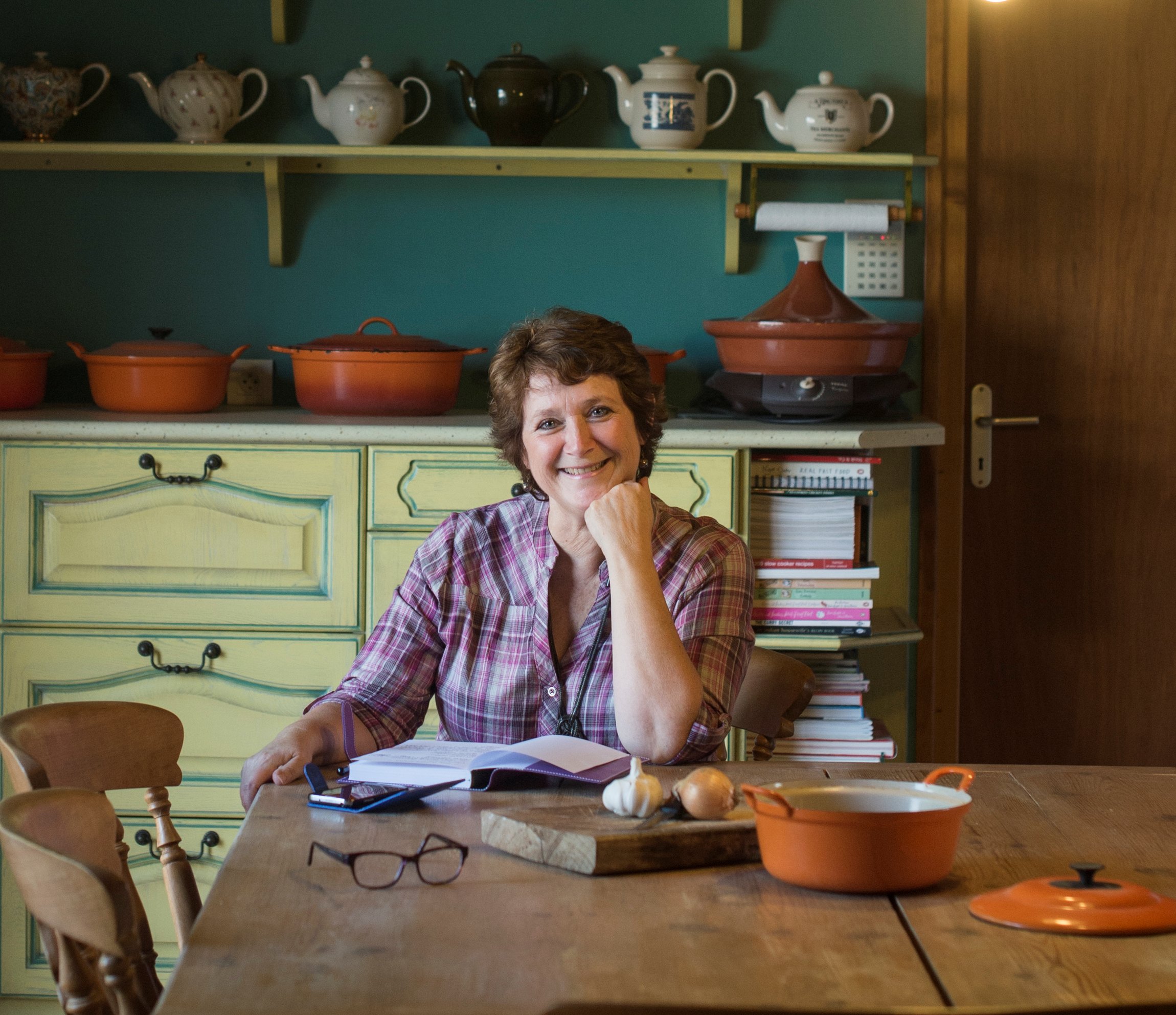