The Guild of Food Writers is the professional association of food writers and broadcasters in the United Kingdom. Established in 1984, it now has around 480 authors, broadcasters, columnists and journalists among its members

— by arranging discussions, forums, comparative tastings and visits, including an annual autumn event that can take many forms and monthly workshops (see Events), and
— by publishing monthly newsletters

The Guild is always keen to welcome new members (see Joining the Guild).

You can follow the Guild on Twitter at @GuildFoodWriter and on Instagram at @thegfw.
We actively try to promote our members’ activities as well as our major events such as the Awards. Many PRs and book publishers as well as many of our members use Twitter. Please follow us and send us messages by including @GuildFoodWriter in your tweet.

For further information contact the Administrator, Henry Mackley by email to admin@gfw.co.uk or by telephone on 020 8659 0422.

On 12 April 1984, a group of the great and good in the British food world gathered for lunch at London’s Intercontinental Hotel to enjoy a rather superb lunch devised by the hotel’s celebrated chef Peter Kromberg.

Among others, Lady Arabella Boxer, Miss Elizabeth David, Mr. Christopher Driver, Mrs. Jane Grigson, Miss Claudia Roden, Mr. Michael Smith and Mrs. Katie Stewart enjoyed a Petit Nage de Sole et Homard aux Asperges, followed by Magret de Canard au Foie Gras en Cage, with a Soufflé au Fromage preceding an Assiette de nos Desserts. The purpose of this grand and memorable event was to discuss the formation of an ‘association of food writers’. In the way of such things, a debate arose about whether or not it would be an élite Académie in the French style or something along the lines of the already existing Circle of Wine Writers. The latter won the day, but in so doing lost the group the support of the person who had been seen as its first president, Elizabeth David.

On 17 January 1985, the first actual meeting of the Guild of Food Writers took place in the equally august surroundings of Claridges, under the chairmanship of Derek Cooper.In the years that have followed, the Guild has grown to a membership of around 425 professional writers, editors, journalists and broadcasters in the field of food, nowadays equally at home in Thai gastropubs and farmers’ market food tents as in the marbled halls of grand hotels.

On 5 February 2010, Simon & Schuster UK published a book containing a compilation of writing and recipes by members to celebrate the Guild's 25th Anniversary. Entitled How the British Fell In Love with Food: 25 years of writing and recipes from the Guild of Food Writers and sponsored by Billingtons, it was compiled by Guild Publications Coordinator Lewis Esson. 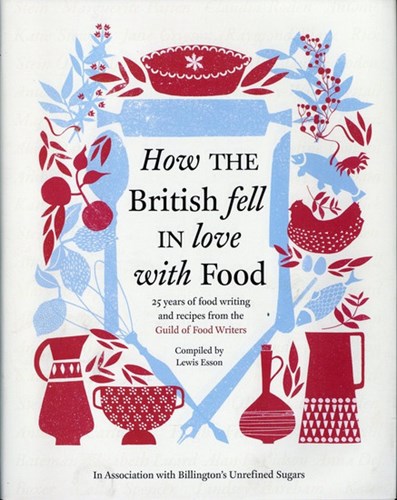