The winners of the Guild of Food Writers 2014 Awards were announced on Thursday 5 June. The Awards, judged by Guild members, celebrate excellence in the field of food writing and broadcasting. 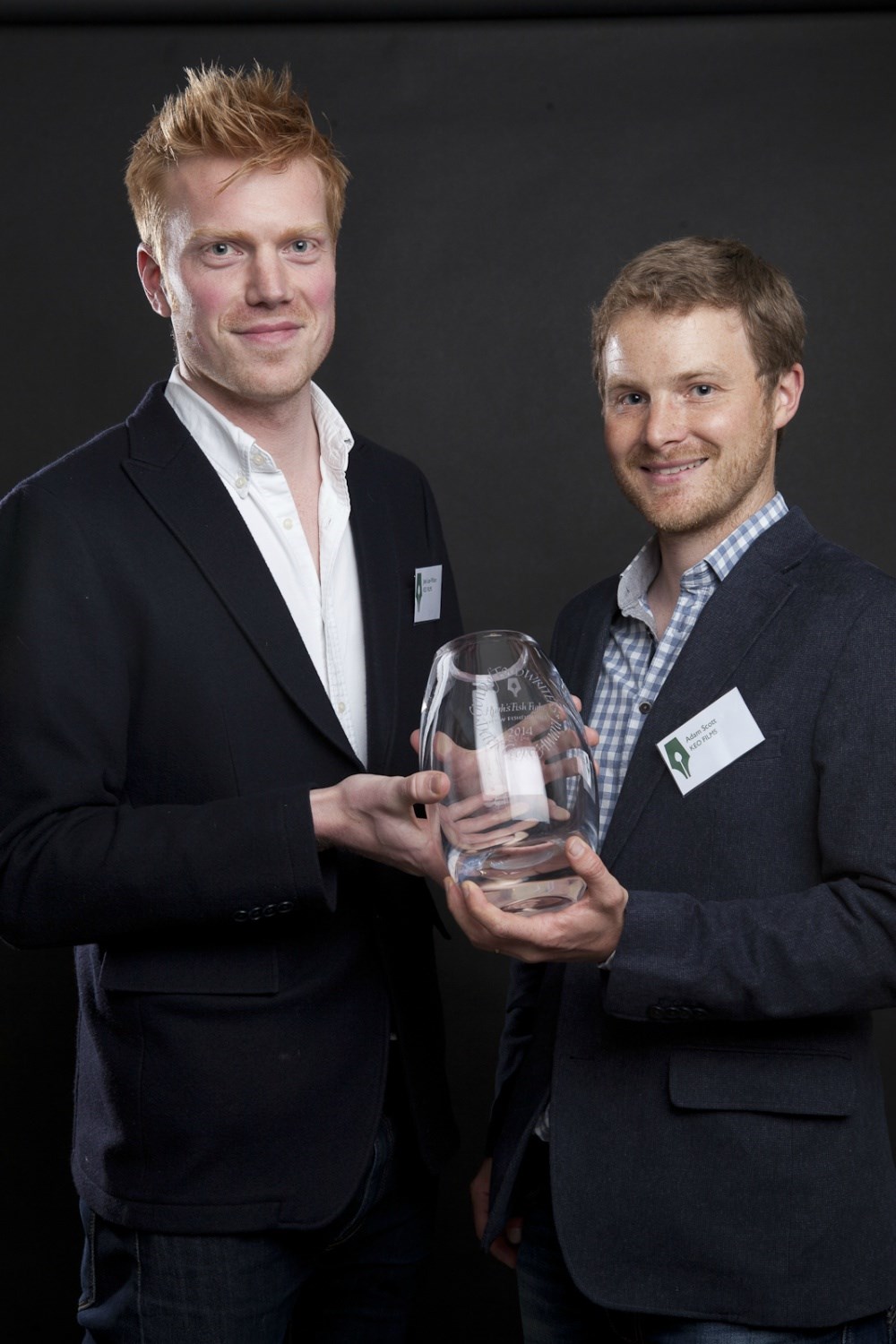 From left to right: Jake Lea-Wilson and Adam Scott from the Fish Fight Campaign and television series

Hugh Fearnley-Whittingstall and The Food Programme both did the double, picking up two Awards each. Hugh won the Evelyn Rose Award for Cookery Journalist, with Nikki Duffy, for work in The Guardian’s Weekend magazine, and the Derek Cooper Award for Campaigning and Investigative Food Writing for his Fish Fight Campaign and television series. 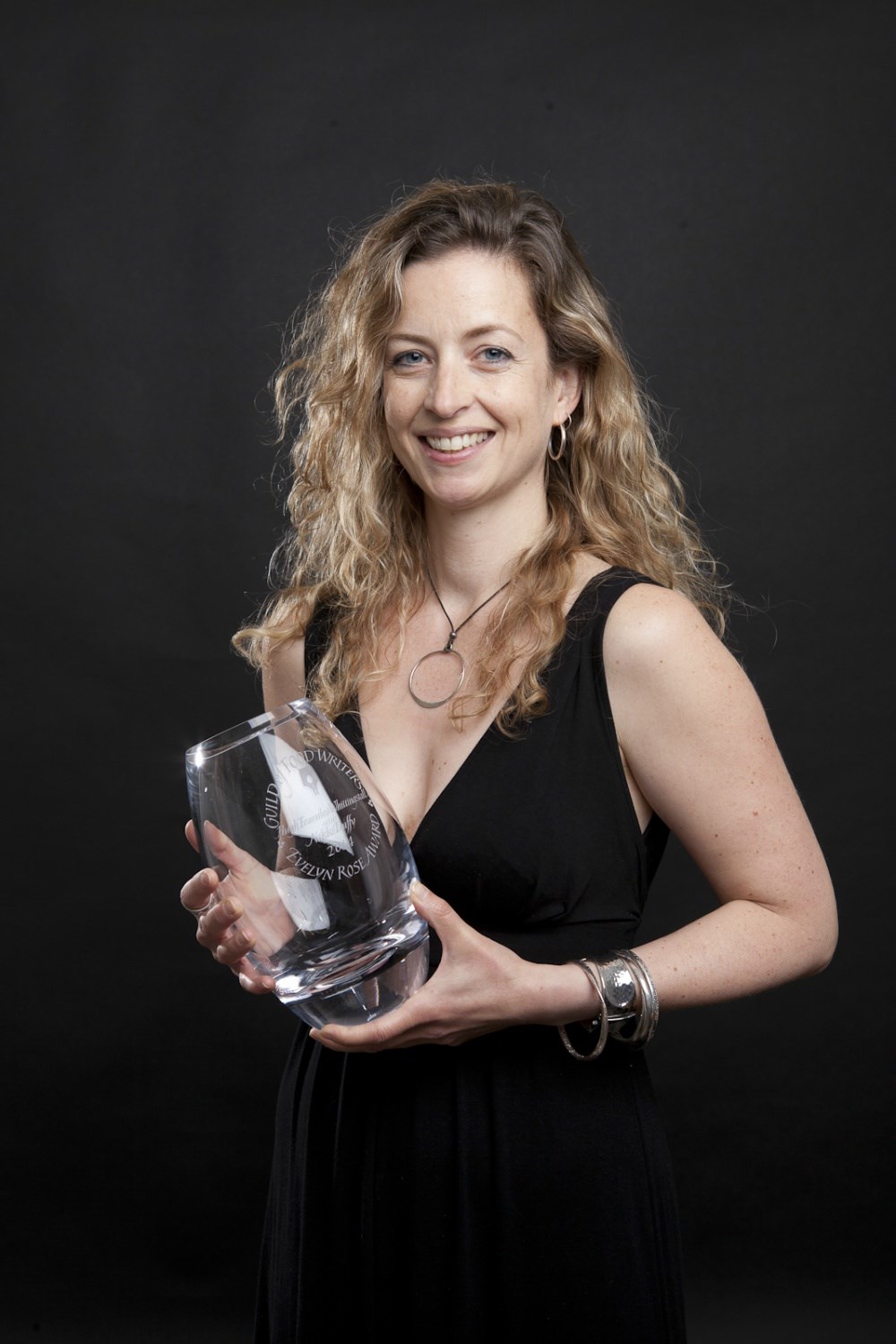 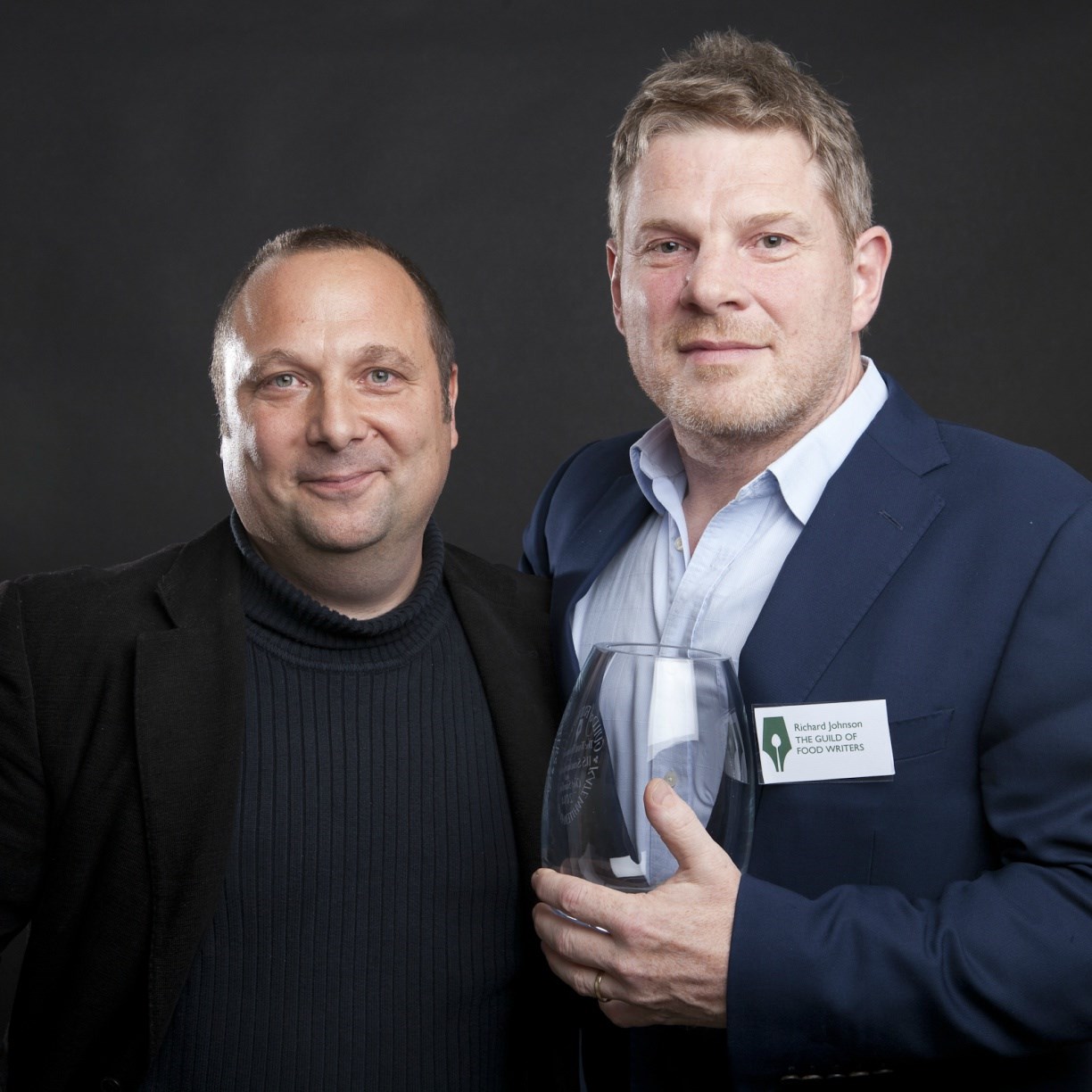 From left to right: Dan Saladino and Richard Johnson from BBC Radio 4's The Food Programme

Other winners included both the well-known such as Heston Blumenthal and new voices such as James Morton and Mary-Anne Boermans (both graduates of The Great British Bake Off). 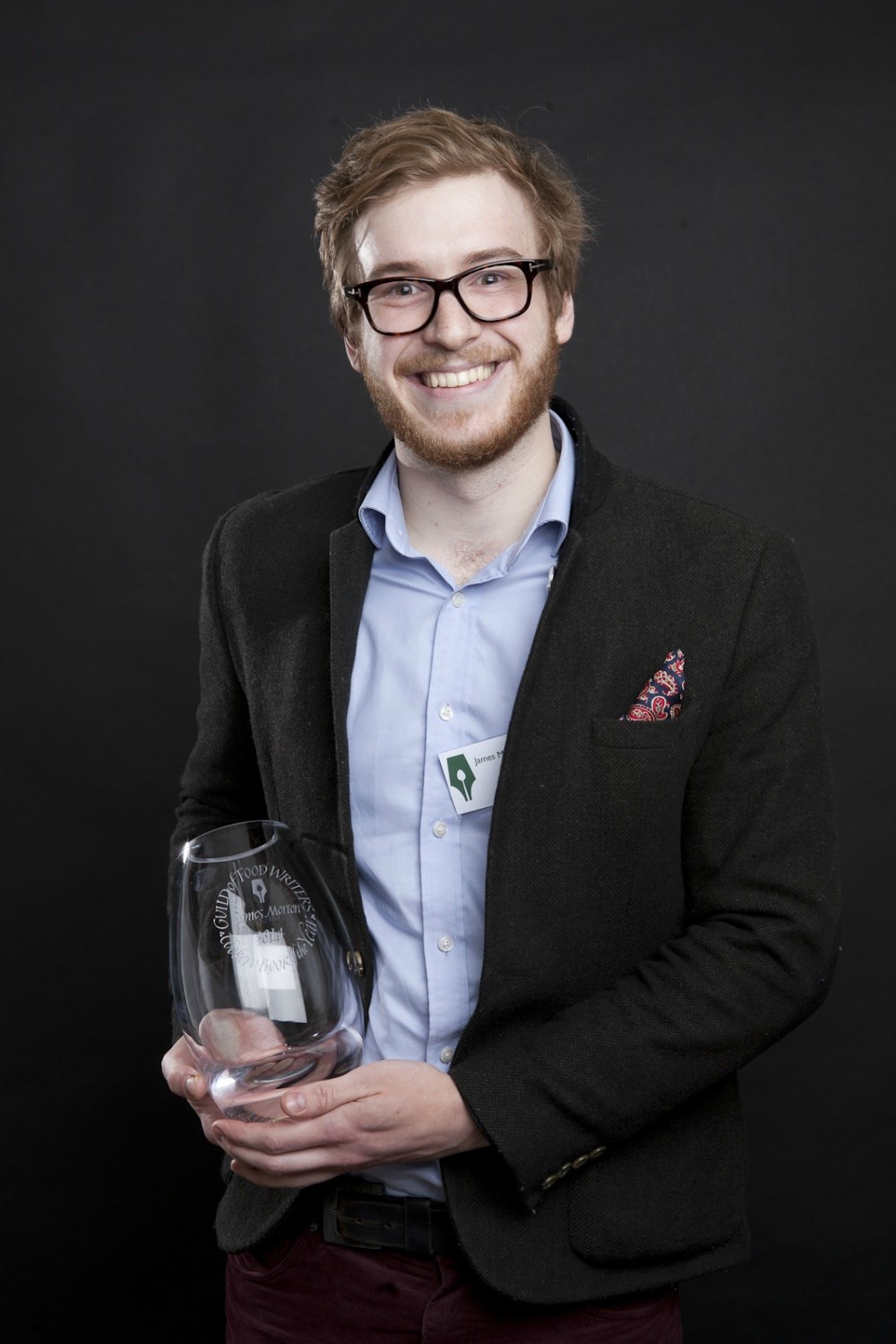 The Guild’s top accolade, the Lifetime Achievement Award, went to Jill Norman, who created the Penguin Cookery Library in the 1960s and 1970s, for her incalculable contribution to culinary publishing. 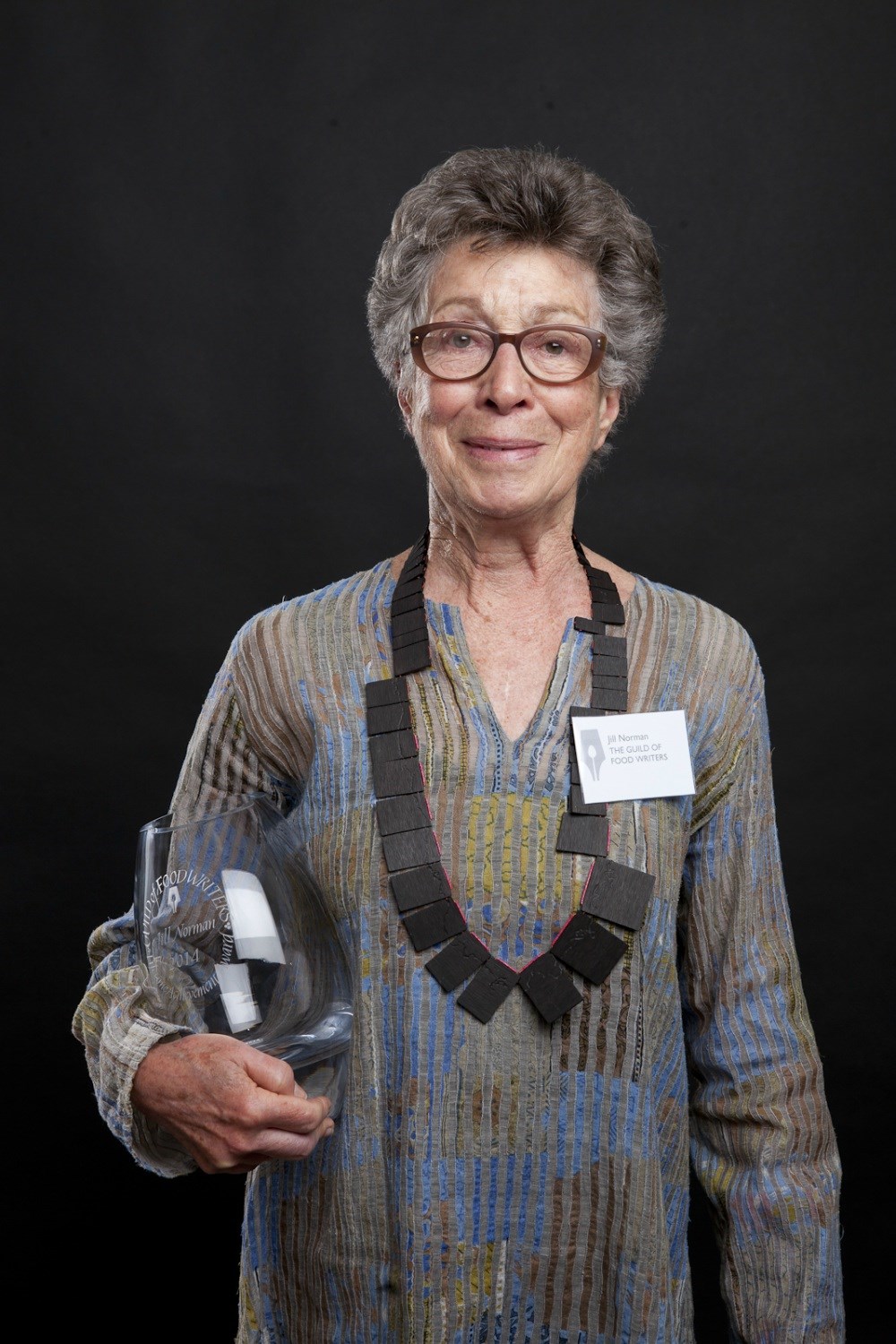 Guild President Xanthe Clay commented: ‘An Award from the Guild of Food Writers is the pinnacle of professional achievement, recognising and celebrating the best in food writing and broadcasting. The Awards ceremony was thronged with the great and the good in the field, as well as top editors, publishers, and television and radio producers, all buzzing with excitement. Congratulations to all the winners and shortlistees.’

This year's sponsors added their voices to the praise for our Award winners.

Henry Chevallier Guild, Aspall said: ‘Many congratulations to Heston Blumenthal and Pascal Cariss from everyone at Aspall for winning this prestigious award for Work on British Food. The shortlisted writers all demonstrate the strength and vibrancy of food writing in the UK and the British food scene. With Aspall’s heritage of producing cyder and vinegar in Suffolk for nearly 300 years we’re delighted to support British food writing.’ 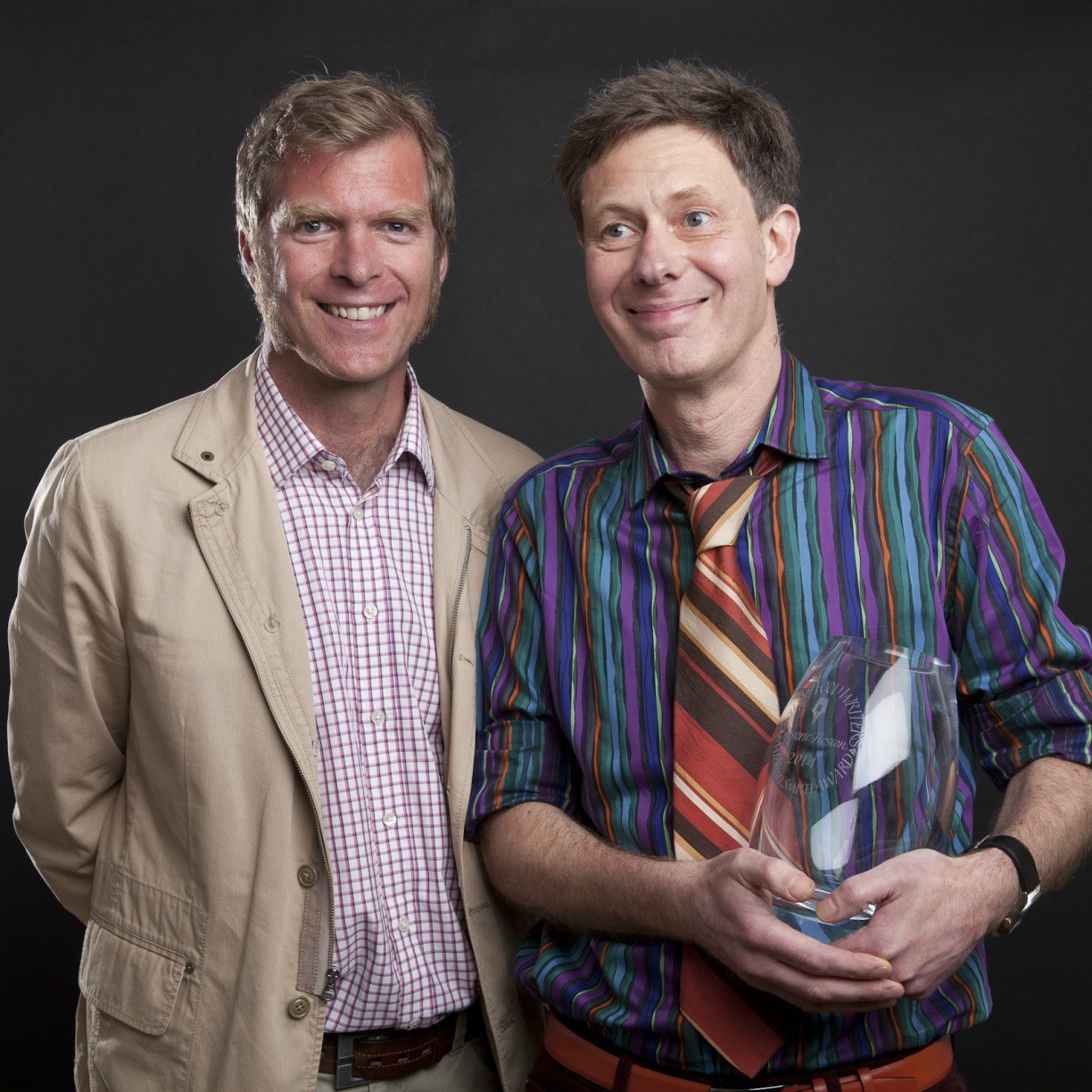 From left to right: Henry Chevallier Guild and Pascal Cariss

Melissa Dickinson, Bacofoil said: ‘We are delighted to present the Miriam Polunin Award for Work on Healthy Eating to The Food Programme. Bacofoil is a British brand with a heritage stretching back over fifty years and during this time we have witnessed many changes in eating trends. Today the most important one is healthy eating. Everyone should eat a healthy diet and we’re 100% behind this.’ 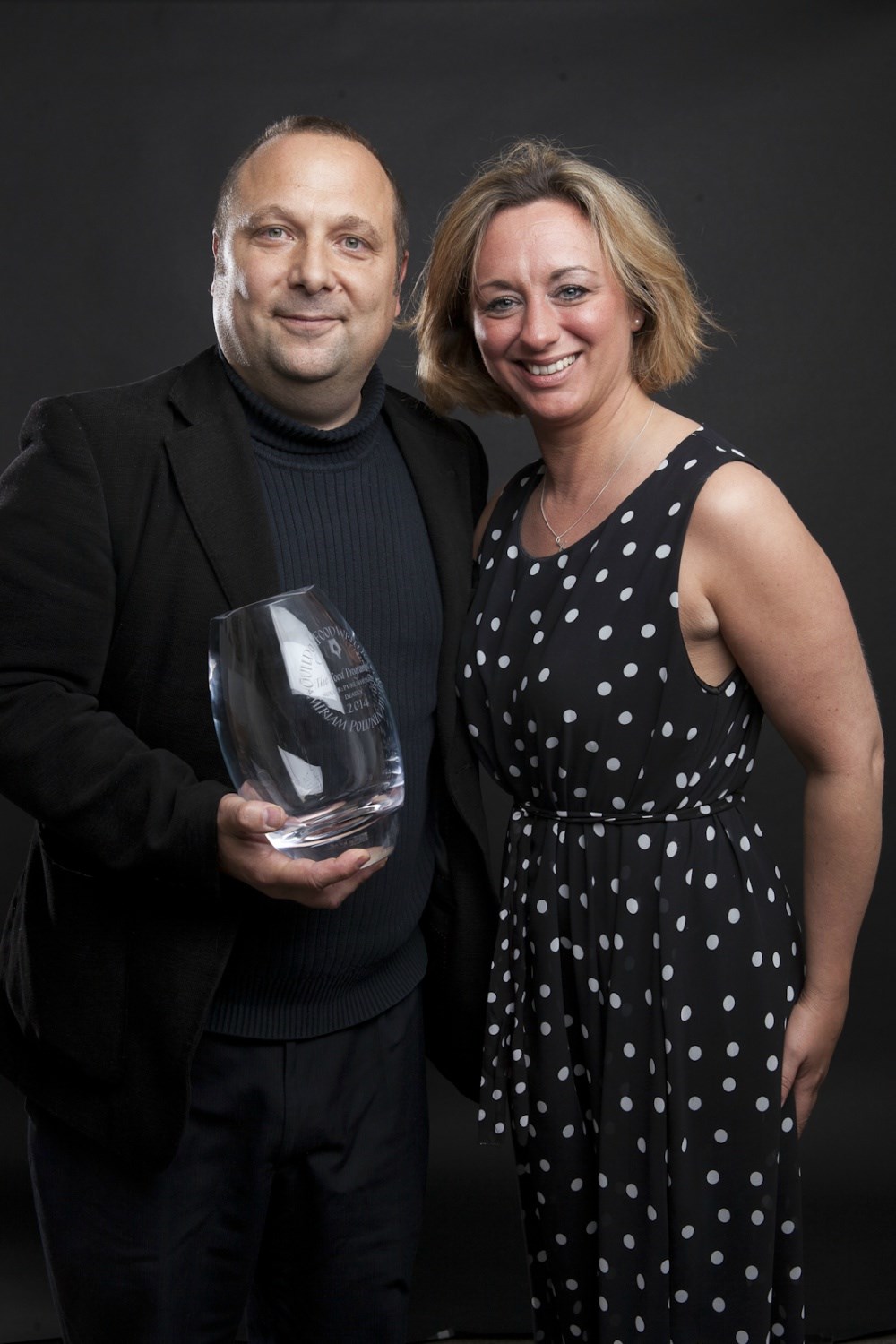 Andy Macdonald, Tenderstem® said: ‘Our wholehearted congratulations go to delicious. magazine for winning what is an exceptionally high-calibre category. The publications shortlisted have all been successful in standing out from the crowd through their clear devotion to and knowledge of food. Filled with sparkling editorial and impactful design and photography delicious is a must-read and a worthy winner.’ 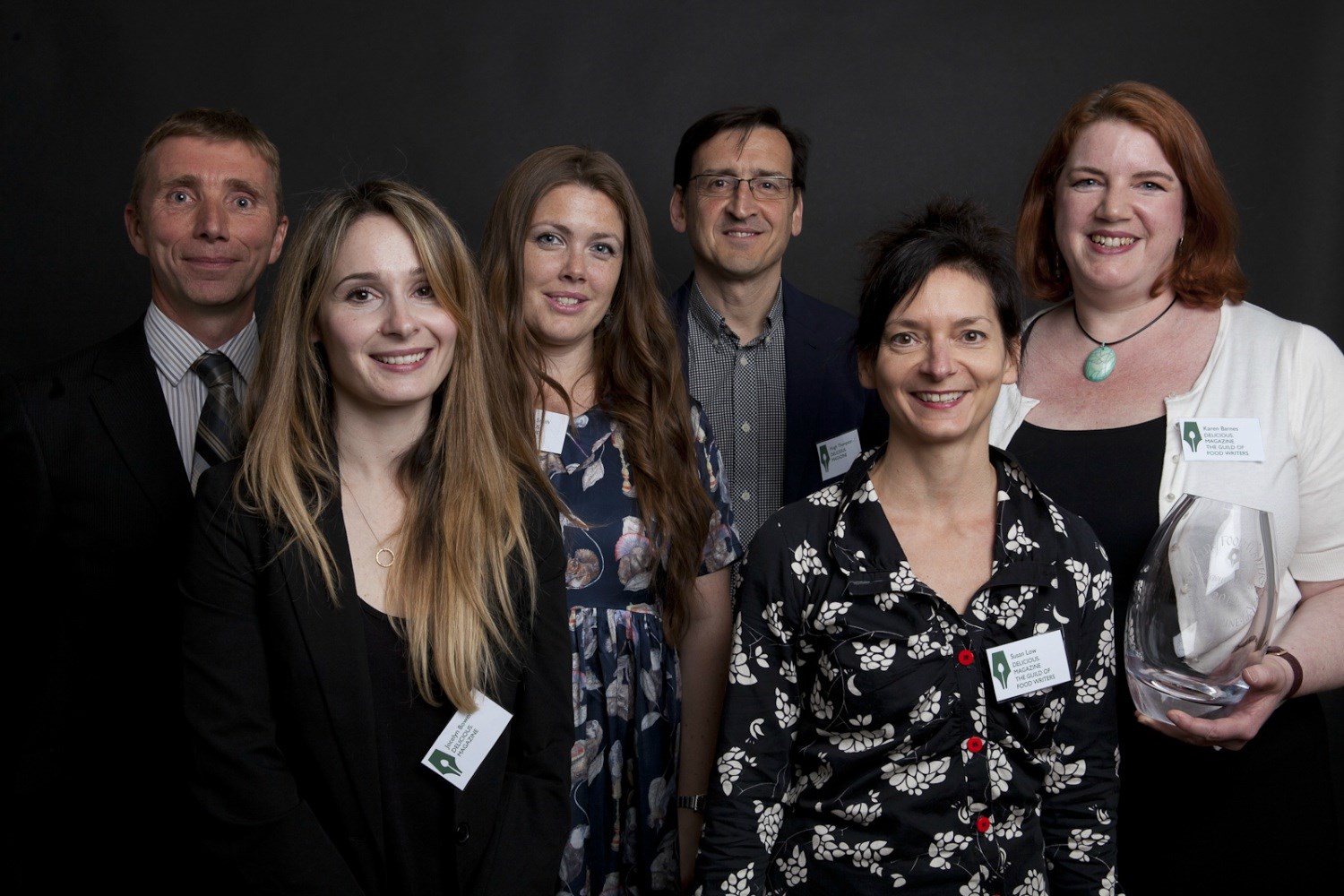 Virginia Secretary of Agriculture Todd Haymore said: ‘Congratulations to all the award winners! You have helped spread the word about eating and preparing quality food from quality ingredients. Virginia Wine producers believe in the same quality, and I hope you enjoyed celebrating with our wines at the Awards Party.’

The winners were presented with beautiful engraved glass trophies and a prize of £500, in a ceremony in the Wolfson Theatre at the Royal College of Physicians, 11 St Andrews Place, Regent's Park, London NW1 4LE. 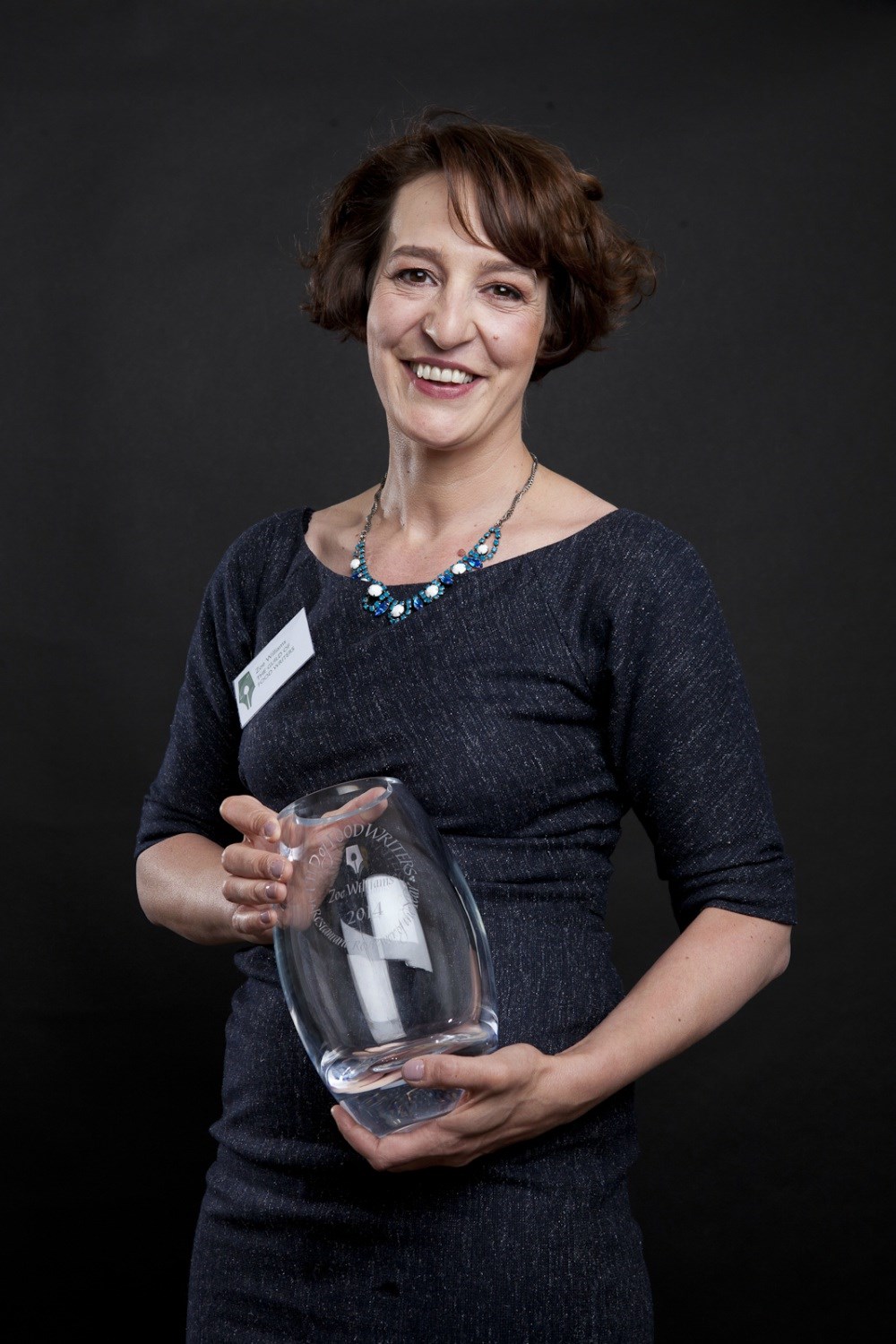 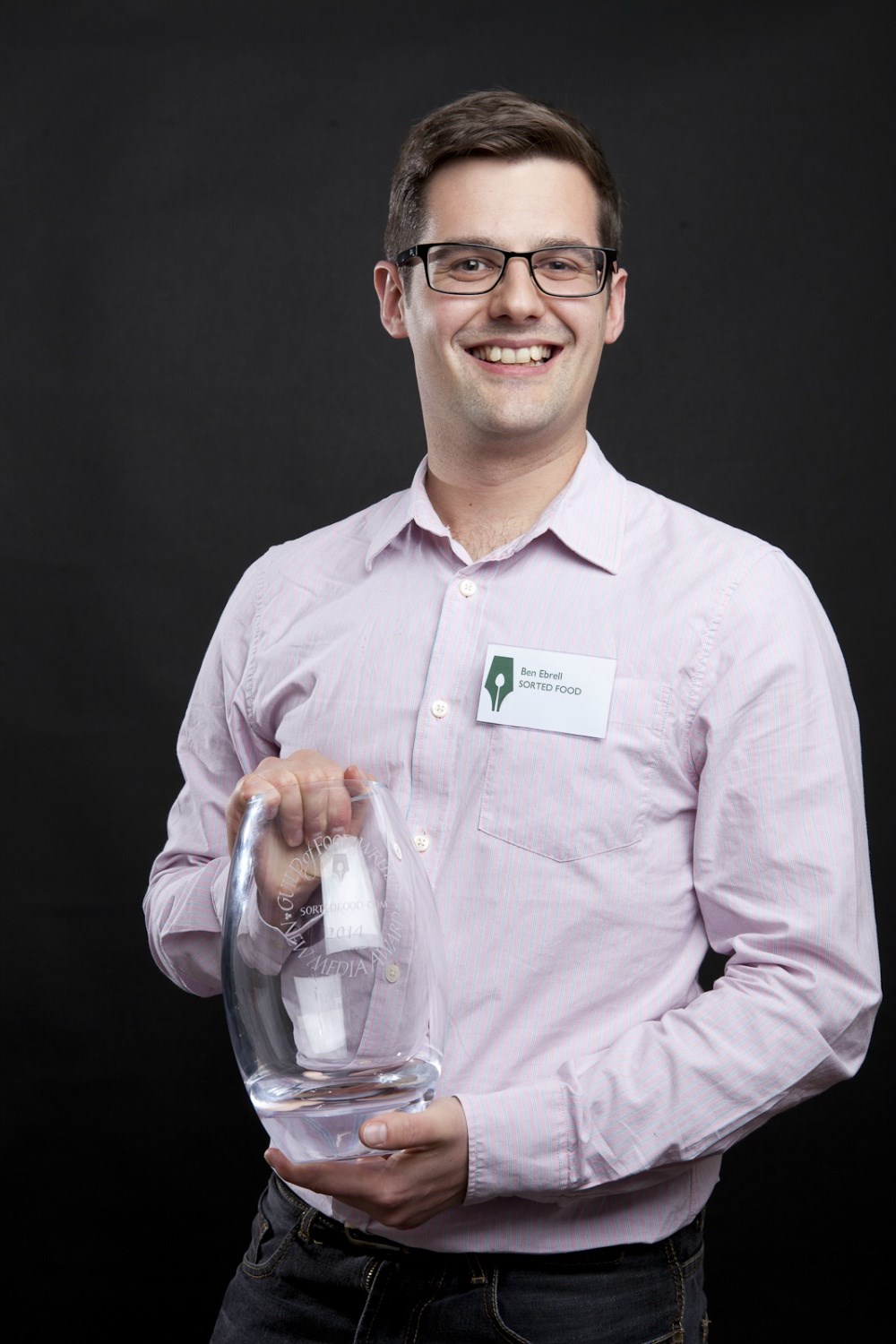 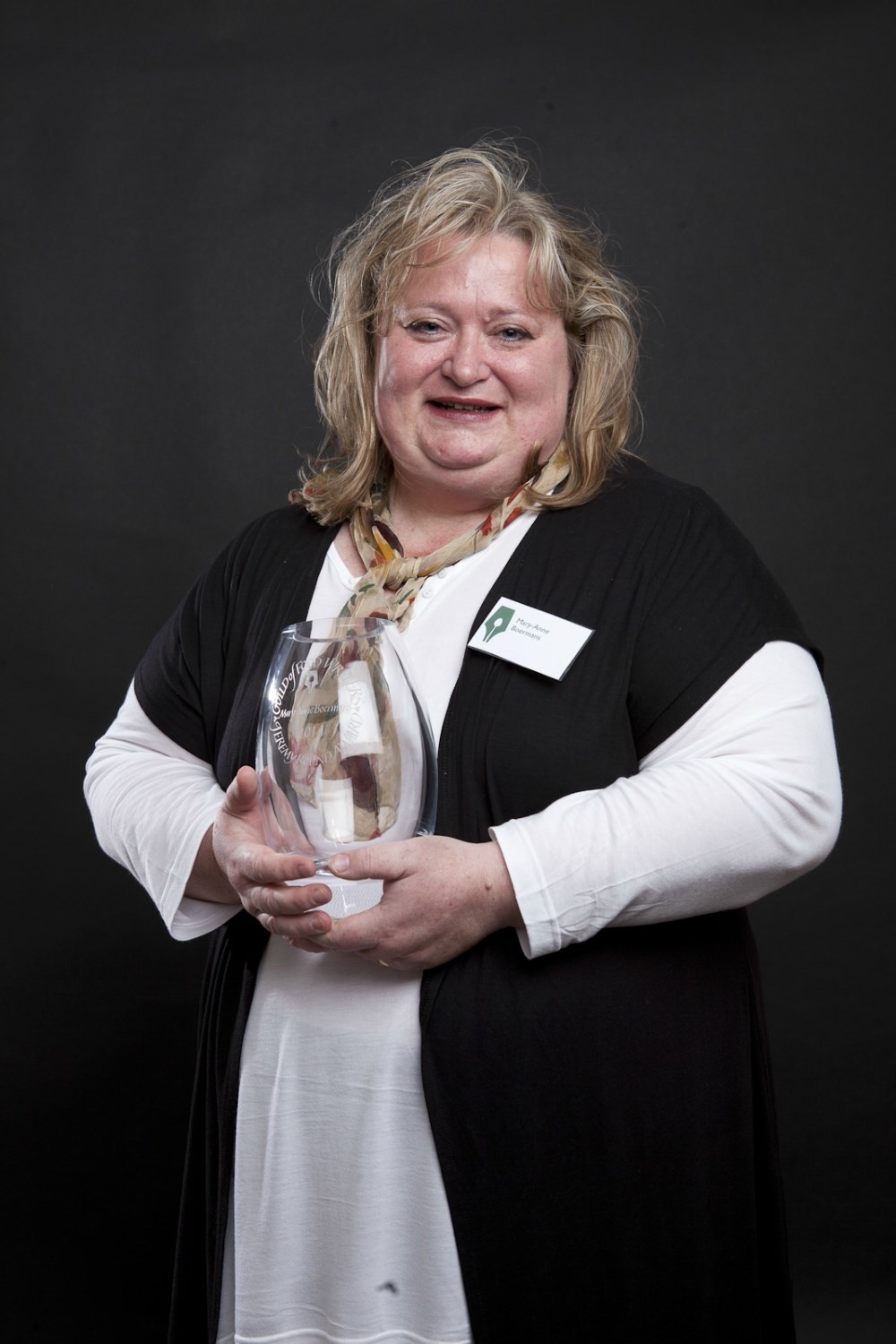 Food Magazine or Section of the Year Award
(Sponsored by Tenderstem®) 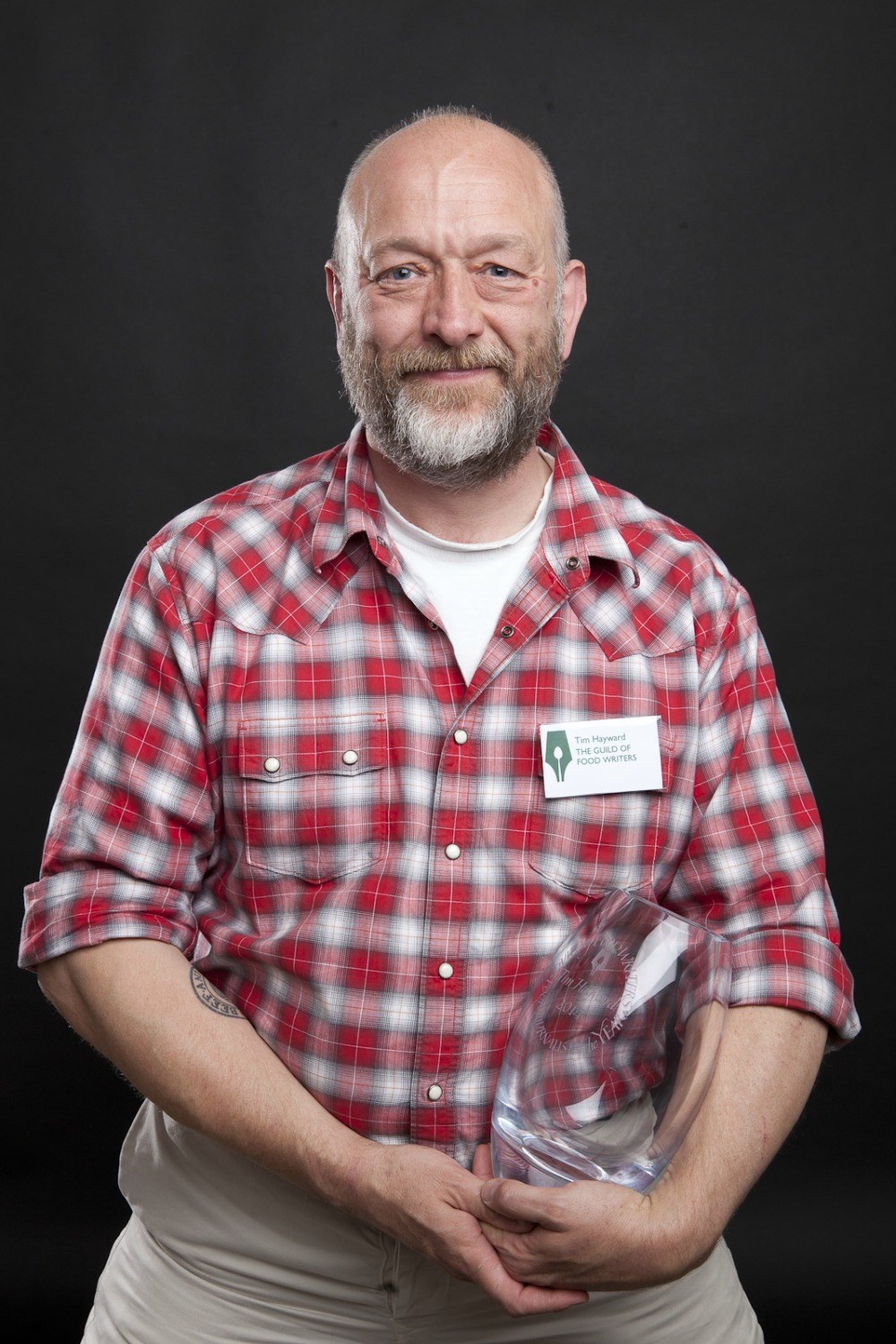 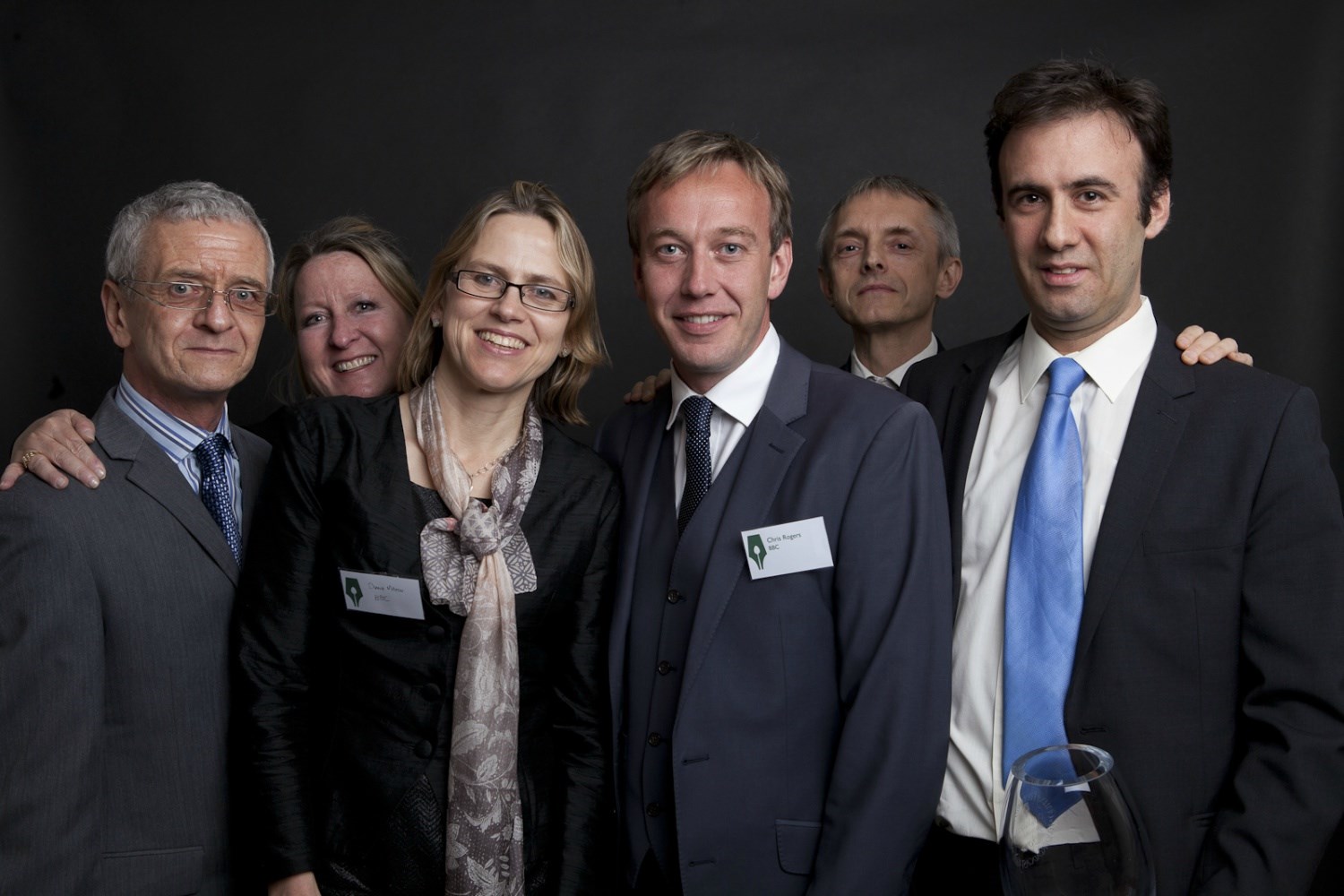 Can Eating Insects Save the World? presented by Stefan Gates and produced and directed by Kari Lia (Plum Pictures for BBC Four) 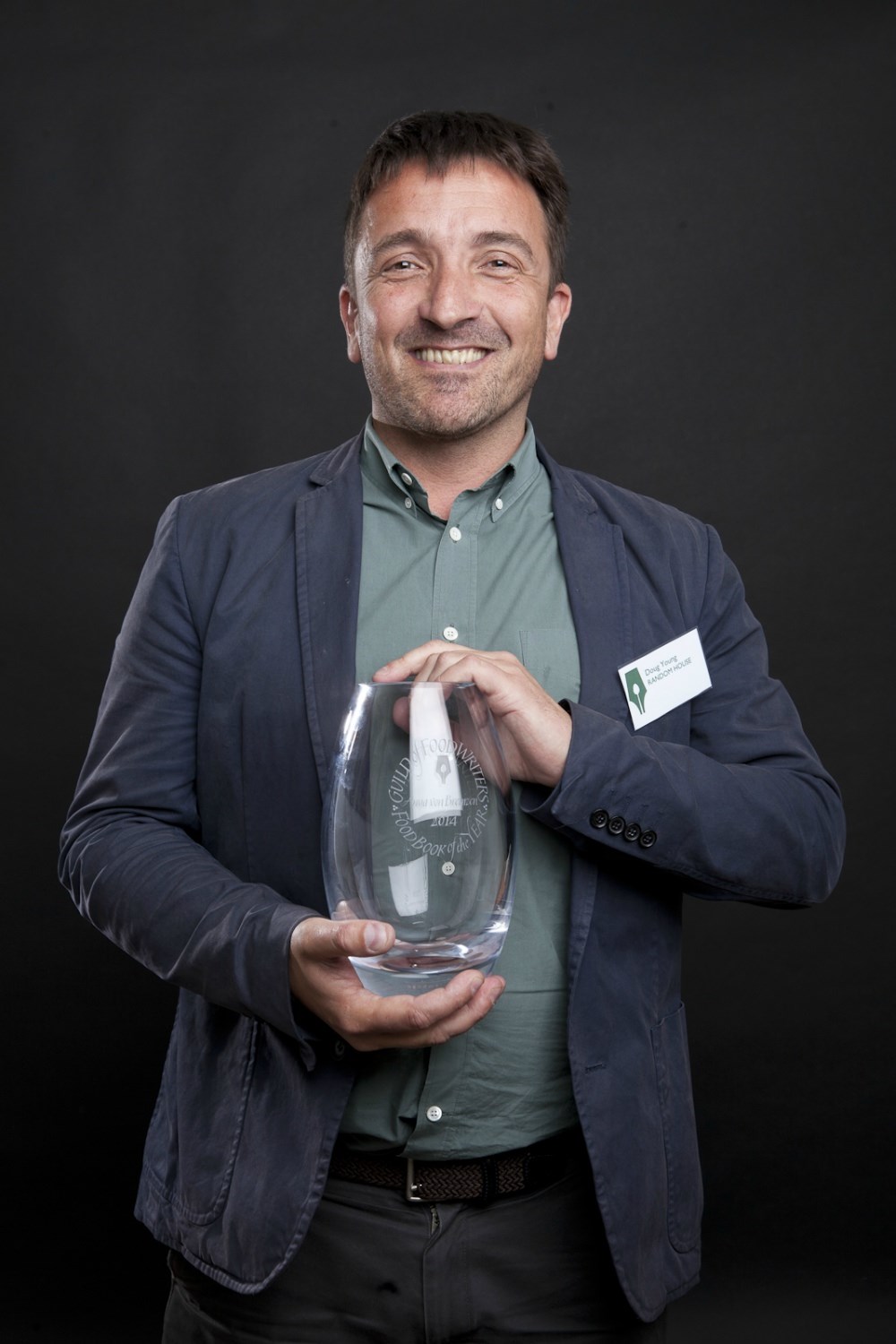 Food Blog of the Year Award 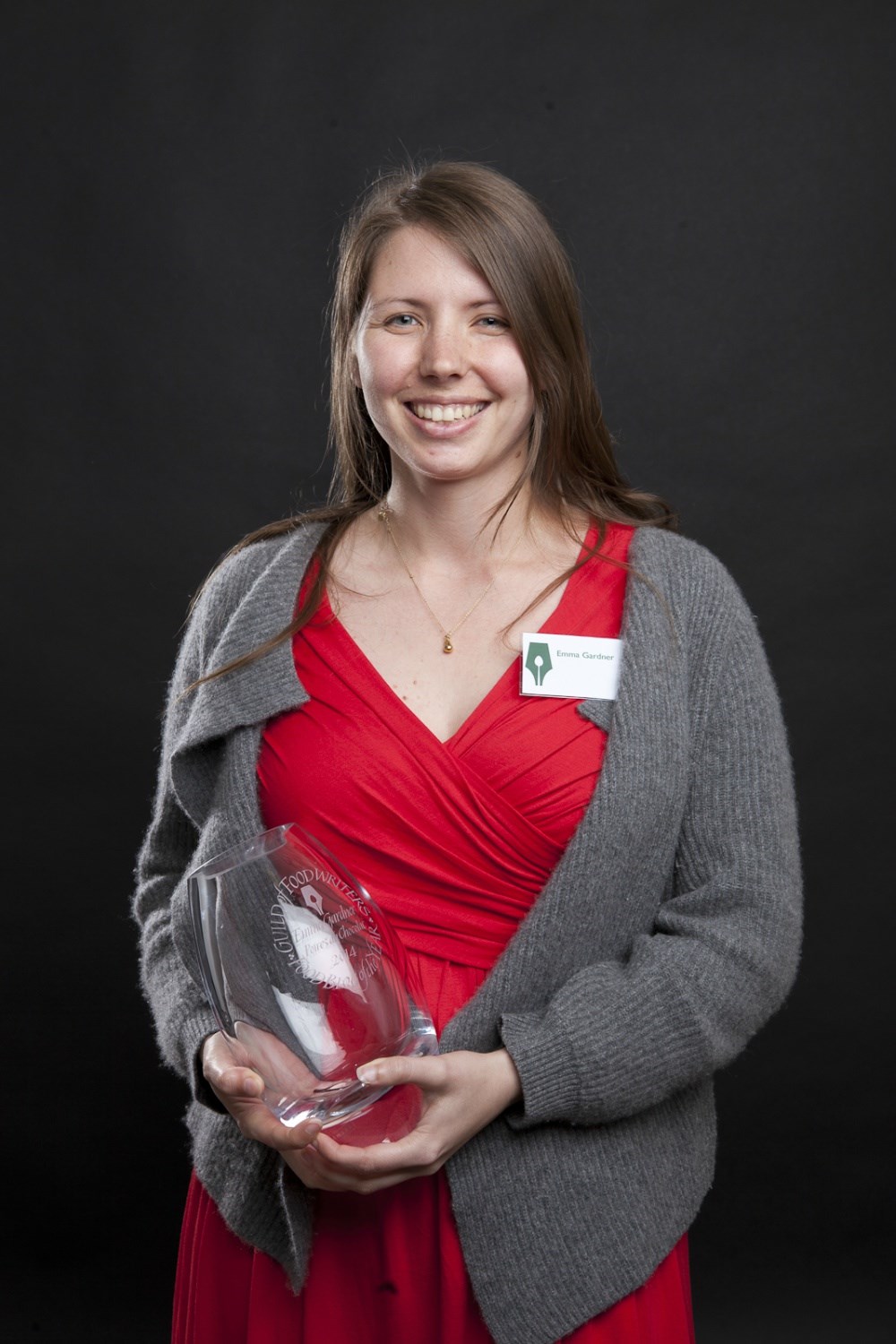 Yotam Ottolenghi for work published in The Guardian Weekend magazine

Winner: www.fishfight.net and Hugh’s Fish Fight presented by Hugh Fearnley-Whittingstall and produced and directed by Will Anderson (KEO Films for Channel 4)

Alex Renton for work published in The Observer, The Guardian and The Times

All photographs by Charlotte Medlicott

Guild member Aggie MacKenzie, broadcaster and columnist for delicious. magazine, was the presenter at this year's Guild of Food Writers Awards, the UK's biggest food book, writing and media awards. 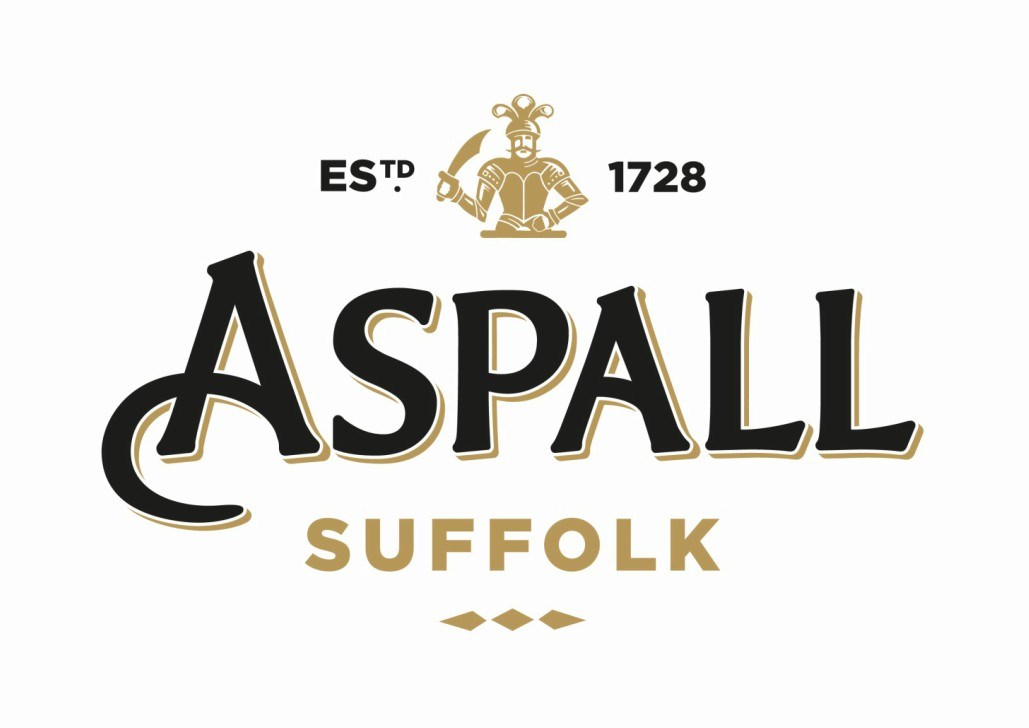 Our family cyder-making business was established in 1728 by Clement Chevallier from Jersey. He planted the orchards at Aspall Hall in Suffolk and imported a granite wheel from the Isles de Chaussée off the Normandy coast to crush the apples.

The Chevallier family still live and work among Clement’s orchards and today Aspall is run by the eighth generation of the family, Barry and Henry Chevallier Guild. Aspall is the tenth oldest family businesses in the UK.

Generations of Chevalliers used Clement’s method of pressing until 1947, when the last horse pulling the wheel around the trough passed away. Although our production has moved with the times, our cyder is still pressed, fermented and blended and bottled on site in Suffolk to the same exacting standards set by Clement nearly 300 years ago.

We are excited and proud to be sponsoring this year’s Healthy Eating category at the Guild of Food Writer’s Awards. Why? Because as well as helping generations cook delicious food, we also appreciate the importance of a healthy and balanced diet and go out of our way to develop products which make life easier.

We are the UK’s only producer of non-stick foil, which helps both chefs and home cooks create great tasting dishes without the need for butter or oil.

But we don’t just make foil. Since 1962, the cooks in our kitchens have been creating a range of versatile products that deliver the strength you can trust. Our products use the latest technology so you can enjoy grilling, baking, roasting, steaming or marinating delicious food with no hassle. Our products are here to work for you, whenever you need them. We’ve even created a range of recipes and tips to give you that helping hand in the kitchen.

We’re proud to be British, proud of our heritage, and appreciate the opportunity to celebrate British food writing and broadcasting with the Guild of Food Writers.

Tenderstem® is a cross between Chinese kale and regular broccoli. It’s quick to cook, full of flavour and incredibly versatile. Perfect for everything from stir fries to salads and sushi to spring rolls, Tenderstem® adds colour and flavour to a huge range of dishes. It has a mild, distinctive flavour and a texture more akin to asparagus than traditional broccoli and it's deliciously succulent. As the name suggests, Tenderstem® is tender from floret to stem so you can eat the whole vegetable, unlike ordinary broccoli, which tends to have a thicker, and sometimes woody, stem, so there’s no waste.

A study by Warwick University’s Horticultural Research Institute has shown Tenderstem® contains twice the vitamin C content of the equivalent fresh weight of oranges and has a higher concentration of vitamin C than both cauliflower and cabbage. It also contains one of the highest levels of folic acid compared to other members of the brassica family. The study also revealed Tenderstem® is 25-30% more tender than purple sprouting broccoli and the most tender variety of broccoli on the market, meaning it requires less cooking than any other form of broccoli, which means it retains a higher proportion of nutrients when cooked. 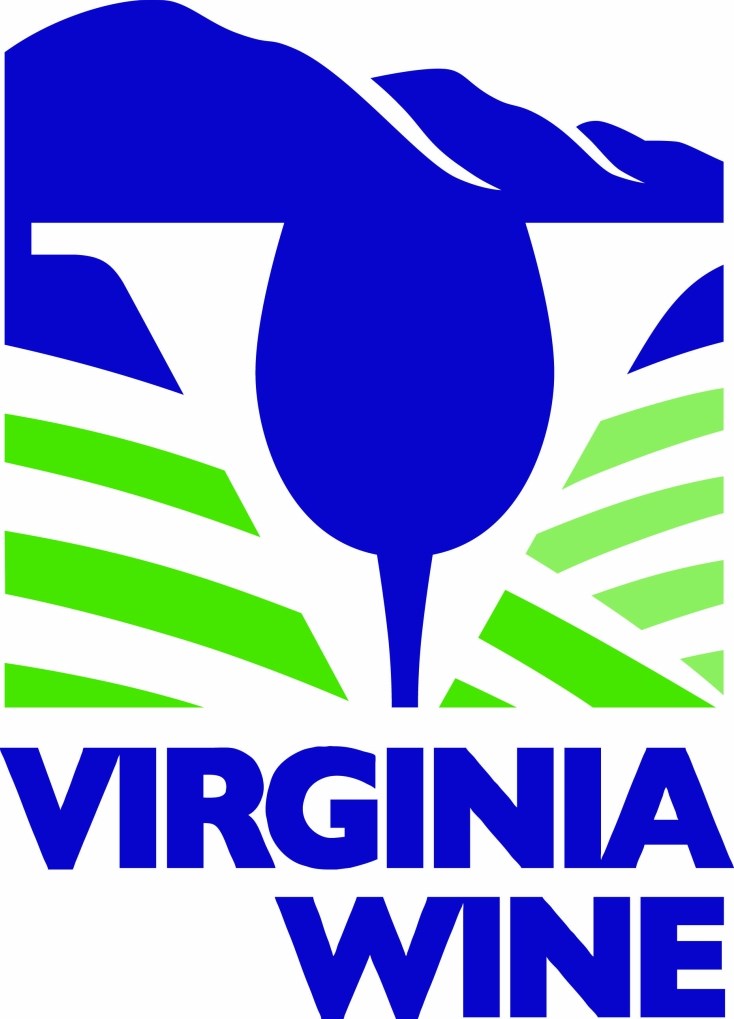 ‘Recently, when I’m asked if I’ve discovered any new world-class vineyard regions, I’m quite likely to say yes, one of the oldest in America – Virginia’

Viognier, Cabernet Franc, Petit Verdot, and Bordeaux-style blends are proving to be the strengths of the Virginia wine region. Over the past 30 years the number of wineries in Virginia has grown from just a handful to more than 220. These wineries are located on the East Coast of the US in stunning locations near the majestic Blue Ridge Mountains, the verdant Shenandoah Valley, and along the edge of the sparkling Chesapeake Bay.

Through hard work, knowledge and skills of home-grown talent, augmented by winemakers from around the world, elegant, food-friendly wines are being produced that have captured the attention of UK wine lovers.

We are proud to share these Virginia wines, provided by New Horizon Wines Ltd., an importer of fine Virginia wines, at the Guild of Food Writers Awards. These wines are part of an extensive selection available at leading wine merchants and fine restaurants in London and throughout the UK.

You can find out more about Virginia Wine at www.newhorizonwines.com.