I joined the Guild five years ago, shortly after winning the Food Blog Award at the 2016 Awards. I currently live in Norway, after moving here in 2018 for a lecturer position at the University of Oslo. I’ve been enjoying access to delicious salmon, reindeer, cinnamon buns, brown cheese and waffles ever since. As Christmas approaches in Norway, people start stocking up on pinnekjøtt (smoked cured lamb ribs that are usually steamed and served with pureed swede), rakfisk (salt-cured trout, usually served with a potato flatbread, onion and sour cream), and lutefisk (white fish pickled in lye, served with potatoes, white sauce and peas) for the big feast, known here as a julebord. Dessert sometimes features the much-prized multer, cloudberries, served with cream and a crumbly wafer biscuit. One of my favourite Nordic Christmas treats is kransekake, which is an almondy biscuit shaped in rings and stacked high like a Christmas tree. I also love pepperkaker, spiced biscuits heavy with ginger and perfect for a sugary snack after a chilly winter walk or ski session. For my own Christmas party I’ll be making the pear and chestnut cinnamon buns from my book The Botanical Kitchen – Nordic-British fusion at its best! 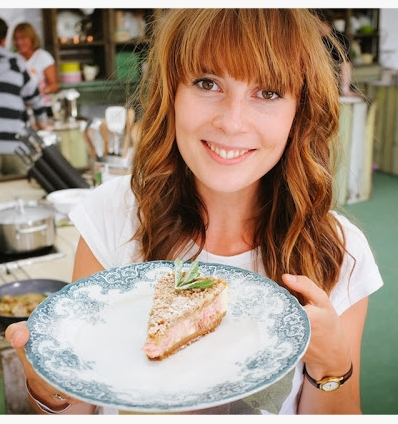