Congratulations to 17-year-old Georgia Kirby, who fought off stiff competition to win this year’s prestigious Guild of Food Writer’s Write It competition.

Georgia’s evocative piece, entitled ‘The Importance of Ambience’, reflects her childhood joy of learning to cook and the pleasures of food in her memory bank. The judges, Karen Barnes, Felicity Cloake, and Seb Emina, voted unanimously for Georgia and were impressed with her beautifully descriptive language and emotive storyline.

Karen Barnes, editor of delicious. magazine, commented, ‘Georgia’s piece offered strong descriptions with excellent sentence construction and a sense of place…. I was there with her and her great-grandma, baking scones’. 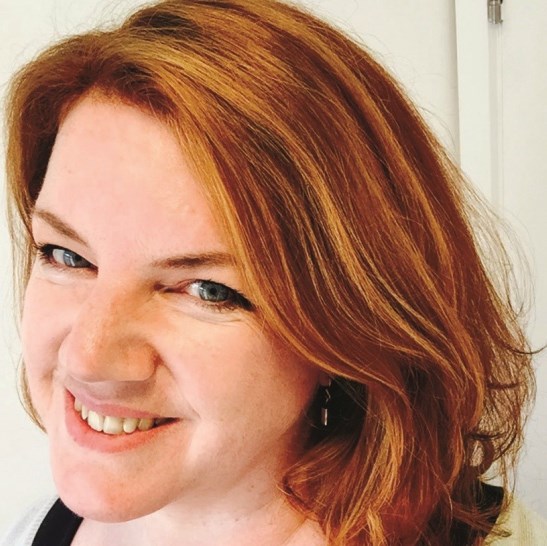 Felicity Cloake, food writer and author, described the piece as ‘wonderfully descriptive, with a fine eye for detail and some lovely turns of phrase reminiscent of the great Nigel Slater himself.’ She added that Georgia provides ‘evocative proof that the best food writing doesn’t have to be about Michelin-starred meals or hipster hamburgers.’ 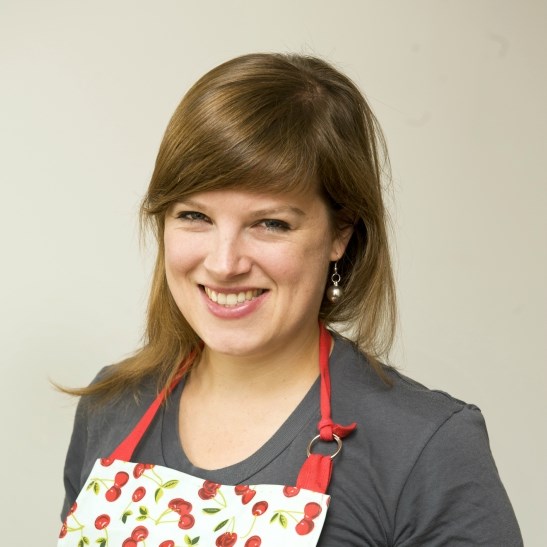 The judges also highly commended Thomas Moore (last year’s winner), now aged 17, for his tightly written, engaging story ‘London, A Gastronome's Paradise’ with a deft touch of self-deprecation. Commenting on Thomas’ entry, Seb Emina (who describes himself as a ‘freewheeling writer, editor and copywriter’) said: ‘This is proof that a good piece of food writing doesn’t need to mention food in every sentence. It had me laughing at times, and the pay-off is very nicely done.’ 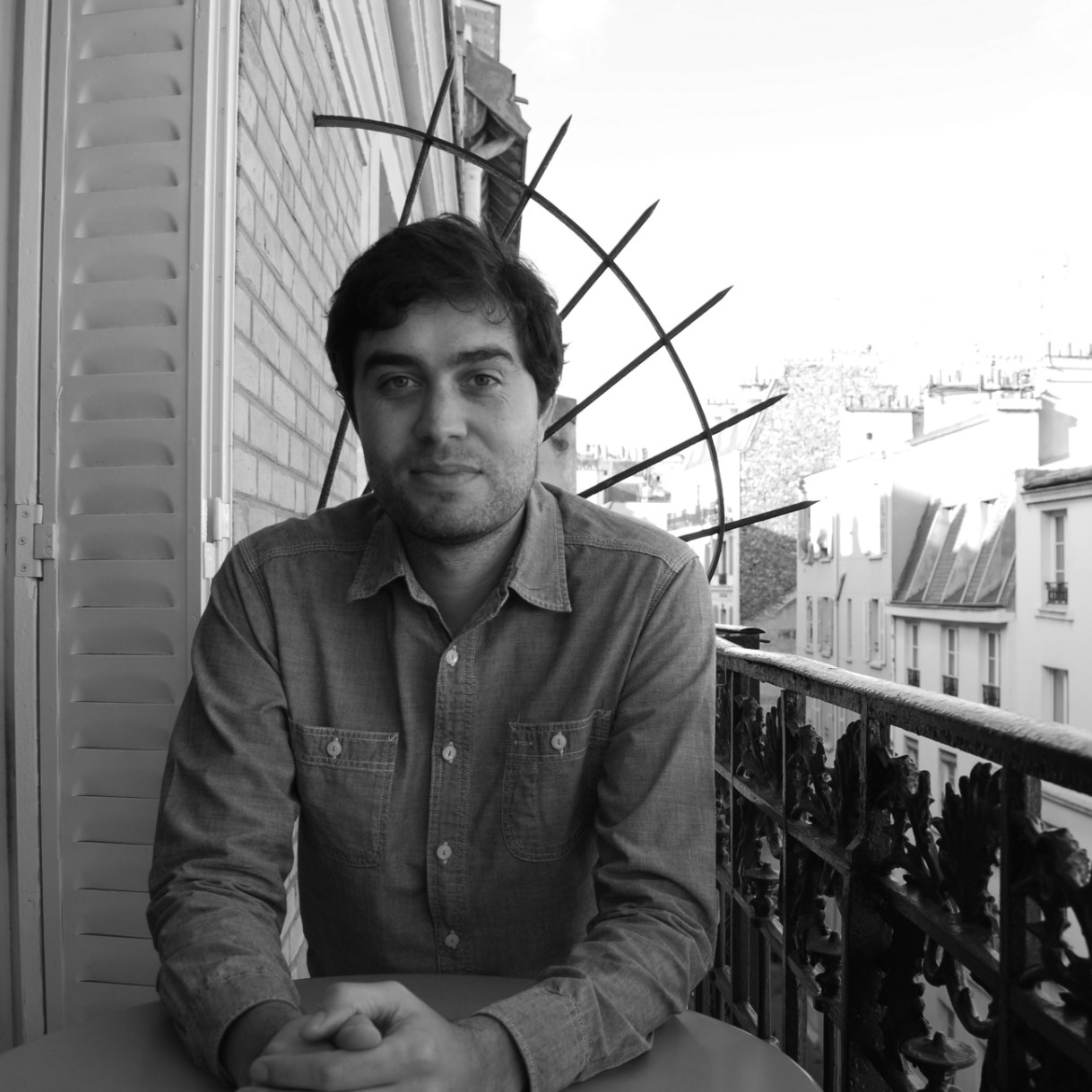 You can read the winning and highly commended entries by clicking more below.

The winner will receive a library of award-winning cookery and food books, a visit to the delicious. test kitchen and the entry will be published within the delicious. media platform.

Impressed with the entries this year, the judges praised the high standard of writing skills and the variety and diversity of subject areas covered by the entrants. They urged all those young people interested in food to hone their writing skills in time for next year’s competition.

Note: Write It, an annual competition organised by the Guild of Food Writers, is open to entrants aged up to 18 years old who are asked to write a 750-word descriptive piece based on a food-related subject.

The Importance of Ambience

So much of the pleasure derived from food – and eating – is dependent on the setting. Even the most committed foodie will be hard pressed to remember every detail of a gourmet meal in a stuffy, antiquated dining room, yet they could describe a fairground hotdog down to the last succulent sliver of translucent onion. Food is all about the consummate eating experience. A risotto, made simply from the freshest ruby-red tomatoes, eaten beneath the gentle rustling of trees groaning under the weight of buxom Tuscan lemons, will live long in the memory. So will a paper parcel of crisply battered fish and chips, consumed on a blistering summer’s day as the molten, vinegar-laden chips burn your mouth and fingertips. And who doesn’t remember their first ice cream? The eagerly awaited, day-glo wrapped package, passed down from the depths of that mysterious ice-cream van with its bottomless freezer of goodies and its ephemeral tune. Food is synonymous with memories: it feeds our souls as well as our bodies, and it connects us to cherished moments.

I remember baking apple scones alongside my great-grandmother, perched on a high paisley-patterned stool so that I could reach the worktop, my tongue poking out in concentration as I measured each ingredient with painstaking care, using a teaspoon to remove a smidgen of flour here, a speck of sugar there, until the number on the scales was perfect. We would shape and cut out the scones together, then pop them in the oven and crouch by the door, mouths watering in anticipation as the puffy clouds of dough expanded into majestic, golden-crusted scones. They were eaten still steaming from the oven, creamy butter spread liberally over the juicy chunks of apple and the moist, crumbly cake. Even now, the smell of freshly baked scones takes me back to that kitchen, and the love that was there: the love of good food, and of sharing it with family. Everybody needs a dollop of love once in a while, and what better way to serve it up than atop a scone?

It was my nana that first put a wooden spoon into my hand, almost before I could walk, and by the age of three I had made my first cupcakes. They were a true labour of love, charmingly wonky, the decorative hundreds and thousands flung liberally upon their snowy, butter-creamed tops with a toddler’s panache. Next came the jam tarts, made from nana’s memory; I was instructed to handle the pastry with infinite care until it came together in a gloriously golden ball. Then which jam to use? Strawberry for me, and apricot for nana. The little tarts were whipped out of the oven perfectly bronzed, their iridescent centres gleaming, and we sampled them from the tray, lips and fingers rendered sinfully sticky by the oozing jam. Through baking, it was my nana that taught me not to be afraid to try things, to experiment with ingredients and to respect the humble components that, with care and thought, could produce something sensational. Everything had to be done by hand, and today I still baulk at the thought of using a food processor. I like to feel the cake batter thicken against my wooden spoon, to experience the thrill of knowing when bread dough has reached the perfect point of elasticity beneath my hands. I remember the time when those hands were nana’s, showing me the skills that I now replicate when I bake for her. Nothing makes me happier than producing a cake for my nana, because it is something that will always link us together, a product of all that she has instilled in me. It is not just a cake.

It has been a hundred years since George Bernard Shaw declared ‘There is no sincerer love than the love of food.’ That hasn’t changed, even now when global famine puts 795 million people to bed hungry every evening and supermarkets would rather throw away food than give it away to the hungry and dispossessed. Meanwhile in the streets of Mayfair, happy diners pay two hundred pounds a head for duck with caviar in the beautiful red laquer and gold temple of gastronomy that is Park Chinois. This is and always has been the way of the world, but is it right? Surely not, but we must somehow acknowledge that food is the new gold, the measure of a good week, the stuff of treats and obscene as that may be in a global context perhaps must find a way of acknowledging how much pleasure it can bring and value it even more highly as a source of happiness knowing that others cannot. I will probably always be the guy who forsakes new loafers for tagliatelle with truffle, but this year that has been less of an option.

My parents, strangely unconvinced that food writing is an automatic route to success and riches, and despite my protestations that I needed more pocket money to write with authority about this year’s asparagus crop, decided that I needed work experience of a practical nature, which saw me pulled away from wandering the streets looking for the latest flavours in Laduree macaroons, and sent packing to a building site where I was the only person who didn’t speak Polish as my first language. I had pointed out that I always had acting to fall back on, but my father instructed the foreman to teach me as many skills as possible in a month, and he was taken at his word.

I had a difficult first day. I tried to argue with Michal my boss about my abilities with a nail gun, then a tile cutter, then about my drain cleaning skills. The more I protested, the more my work companions laughed. I am six foot one with shoulders like an ox, and they recognised potential when they saw it. I could only see weeks and weeks of pain ahead followed by recovery time.

I had been dropped at eight sharp by my father, who shouted out of the open window: ‘It will do you good’

By midday I was feeling light headed, and the smell from the drain I was digging out wasn’t helping. Previous work experience had involved a canteen or at least a Waitrose local in a garage, but I was in a wasteland somewhere between Mitcham and Earlsfield and there was nowhere to buy a sandwich let alone a piece of sushi.

I was pouring sweat and naked to the waist, looking a little soft around the middle and apparently alone. Everyone had disappeared and all tools were down.

Then I saw them, through the drizzle, gathered together under cover at the far end of the site. They were having lunch. Michal shouted to me: ‘No food?’

I shook my head, It was like being the new boy at school, in Poland. He beckoned. I was muddy and smelt bad. Michal gestured to the tap, and I washed. They cleared a space for me, and then we ate. Polish cuisine hadn’t figured highly on my list of things to try, but food had never tasted so good. I ate zupa grzybowa made from the mushrooms on the Common by the site, and agreed that English people were ridiculous to leave them to rot. Then came zrazy zawijane, beef rolls with vegetables and potatoes, a Polish Cornish pasty. We talked with gestures and laughter but above all a shared love of food. This was my first taste of adult life, and would be cemented that summer of manual labour, as I brought things for Marek and Michal to try, and they did the same.

London is a melting pot of every culture, from every corner of the world. Often drawn here by hunger, both material and practical as they flee danger, we are surrounded by people with whom we need to form a bond, and for me, food is the most basic and most effective tool of all. It bridges divides and helps us in the process. While politicians try and sort out the world keep it local and feed someone.

Food can unify us.