I am a 54-year old Danish chef and community builder with an international experience and background. I am a classically trained, passionate cook, recipe developer, food writer, teacher, communicator, and food activist. With a father in the Danish foreign service, I grew up as a diplomat brat. I was born in Geneva, raised in London, and lived my early teen years in Vietnam, five years after the end of the war with the U.S. My love of food was sparked while I lived in Hanoi, helping and watching the residence cook Mr. Tai slaughter the giant frogs he had bought at the local market. I have many fond culinary memories from that time, with an ambience not unlike the French movie “Indochine.” Family time always circled around good food, and I realized throughout my many travels that I can always connect with strangers when the topic is food. I lived in America for 14 years where I received my training at New York City’s French Culinary Institute 20 years ago. After that, I moved to my native Denmark where I worked as a private chef for 12 years for the Deputy Chief of Mission at the U.S. Embassy in Copenhagen. Later I wrote a cookbook (in Danish), My American Kitchen Notes (https://www.facebook.com/pg/fadlforlaglivsstil/posts/) and started my own small catering firm, specializing in events for the fashion industry. My happiest moments are those where I work on recipes in my kitchen, testing and writing them down. But I am also a passionate activist wanting to protect the craft of cooking and the simple joys it brings from the onslaught of commercially produced foods in the supermarkets. An additional interest of mine is the promotion of women in the restaurant industry. I am an active member of groups that promote these causes, including Cherrybombe, NYC, Parabere, Danske Madpublicister (Danish Food Writers’ Association), Freja Symposium, and Slow Food. Using food as a vehicle for cultural exchange is another interest of mine, which I have practiced through my course “Mad og Kultur i Køkkenet” (Food and Culture in the Kitchen) to a participant mix of immigrants and Danish retired persons for the Danish City of Ballerup. I am a member of the Oxford Food Symposium (OFS). This is primarily an academic group, whereas I look more upon myself as a proud technical cook. I love to nerd out on food topics with the academics. In the past year, I have been able to exercise this interest via my creation of a new culinary platform, the “Kitchen Lab” (@kitchenlab_ofs). It is a monthly virtual meeting place, where I invite culinary speakers, food writers, food historians, as well as gardeners and plants women from around the world. So far, I have been fortunate to include as my co-hosts Elisabeth Luard, Barbara Segall, Naomi Duguid, Ken Albala, Pamela Elder, Frances Rubin, Priya Mani, and Nina Bauer. The Lab has flourished and grown to a point where it is now an official part of this year’s OFS. I have appeared several times on culinary TV shows, the first time as a young women on the daily Venezuelan national morning cooking show, “Un Angel en su cocina” (an angel in his kitchen), where I demonstrated Danish dishes and pastries with Angel – in Spanish! I have been on national Danish TV, last time on U.S. Election Day in 2016, where I demonstrated recipes from my cookbook. (A couple of recordings where I read from my book can be found on https://www.talkingoffood.com/american-kitchen.html.) In the fall of 2016, I published my first and, so far, only cookbook, Mine amerikanske køkkennoter (My American kitchen notes) with the Danish publisher FADL’s Forlag. The book is in Danish but is currently undergoing translation into English. I have written various notes and short articles for teaching and online cooking sessions, but no other major works. 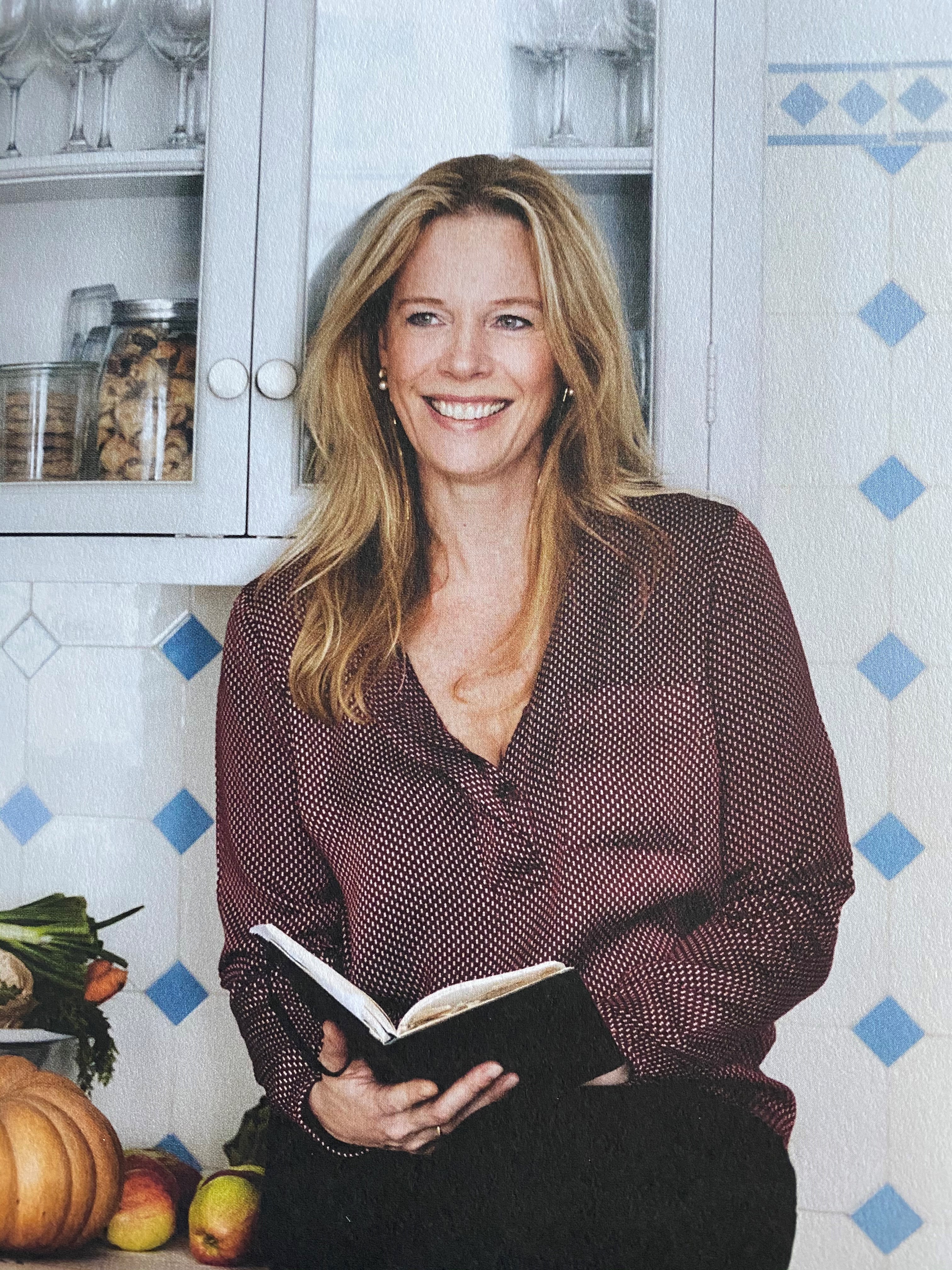