Dr Sue Bailey is a food science and culinary historian academic and writer with over twenty-five years’ experience in food research and education. She was course leader for MSc Food science at London Metropolitan University until late 2016, after running BSc Food and Consumer and HND Home economics courses. Now a freelance expert in simplifying complex scientific concepts for programmes such as Inside the Factory (BBC2), Food Unwrapped (Chanel 4), Save Money Good Health (ITV), Rip Off Britain: Food (BBC 1) and ITV Sugar Free Farm (Chanel4). Sue has also recently consulted on food history and appeared on Great British Bake Off (Channel 4). Sue currently writes a food history and culture column for Cambridge Edition magazine and contributes regularly to BBC local and commercial radio as a food commentator and presenter. At food festivals such as Eat Cambridge, Ely Food and Drink Festival and the Ginger and Spice Festival she appears and demonstrates as the first female celebrity cook, Fanny Cradock. Sue has an undergraduate degree in nutrition and food science, an MSc in Public Health Promotion, followed by a PhD specialising in the development of consumer sciences in Higher Education including the history of food education and home economics. Sue has also been involved in six European Union funded projects relating to consumer education, including nutrition and health and has recently become a food judge and a member of expert panels for exhibitions and conferences. Over last fifteen years Sue has taught new food product development, with a health emphasis, plus teaching about and undertaking food and nutrition freelance journalism. Sue delights in all aspects of food related education and communication and her research interests include development of food skills, sustainable food consumption, food and gender and food history.

Fellow of the Institute of Food Science and Technology Food Talk Awards Food writer finalist 2017 Currently external examiner for University of West London – BSC Hons Food and Professional Cookery; plus BSc International Culinary Arts and the MSc Food Business Managemt at the Geller Institute of Tourism and Hospitality Management plus I am awaiting confirmation as external examiner at Ulster University for 2020. 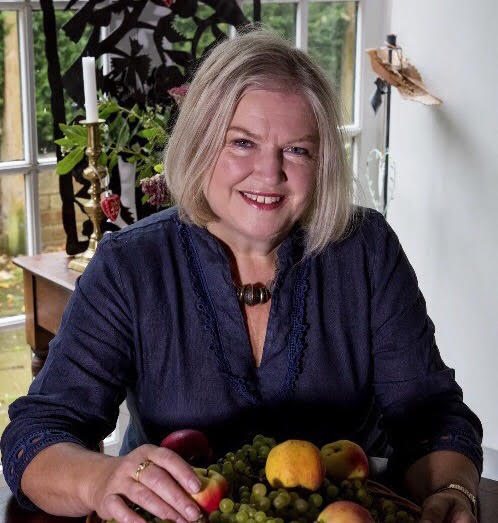